What’s chatGPT? This is a question that everyone is asking these days.

ChatGPT (Generative Pre-trained Transformer) is an OpenAI chatbot that will be released in November 2022. It is based on OpenAI’s GPT-3 family of large language models and is fine-tuned (a transfer learning approach) using both supervised and reinforcement learning techniques.

On November 30, 2022, ChatGPT was launched as a prototype and quickly gained attention for its detailed responses and articulate answers across many domains of knowledge. A significant disadvantage was identified as its uneven factual accuracy. OpenAI was reportedly valued at $29 billion after the release of ChatGPT.

How Does ChatGPT Function?

Let’s look at how ChatGPT works now that we know what it is. ChatGPT is a significant language model based on GPT3 and GPT 3.5 at its core. This AI tool employs machine learning algorithms on a massive corpus of text to respond to user requests in a language that is eerily human-like.

ChatGPT, according to OpenAI, improves its capabilities through reinforcement learning, which depends on human feedback. The company hires human AI trainers to interact with the model while pretending to be both a user and a chatbot. Trainers compare ChatGPT responses to human responses and grade their quality to reinforce human-like conversation approaches.

Who Is the Creator of ChatGPT?

ChatGPT is the brainchild of Open AI. Open AI is an artificial intelligence research startup organization whose mission is to develop a safe and beneficial AI system.

GPT-3, which can generate text that sounds like it was written by a human, and DALL-E (a generative AI tool), which produces AI art/digital images from natural language descriptions, have previously made headlines for the company.

What are the limitations of ChatGPT?

Incorrect Answers
ChatGPT is a large language model that is constantly being trained to improve response accuracy. However, because it is a brand-new technology, the model has not yet received adequate training. As a result, the AI chatbot may provide incorrect responses. As a result, StackOverflow has banned ChatGPT, stating that “overall, because the average rate of receiving correct answers from ChatGPT is too low, posting of answers created by ChatGPT is substantially harmful to our site and to users who are asking or looking for correct answers.”

Training Data Limitations and Bias Issues
ChatGPT, like many AI models, has limitations in its training data. Both training data constraints and data bias can have a negative impact on the model’s output. In fact, ChatGPT has demonstrated bias when training minority data groups. As a result, it is critical to improving the data transparency of the models in order to reduce bias in this technology.

Sustainability
On Twitter, there is a discussion about how many Graphics Processing Units (GPUs) are needed to run ChatGPT. The takeaway here is that running ChatGPT is extremely costly. Given that ChatGPT is a free product, many questions have been raised about the technology’s long-term viability.

Five Shocking Facts about ChatGPT or Open AI you should know.

1- ChatGPT: it is a direct competitor to Google because it provides answers with a single click.

2- Risk of Hackers: Attackers can also compromise systems and cause a chatbot to distribute malware or ransomware to users’ devices. Data theft is possible if a chatbot fails to protect customer data properly using methods such as encryption. 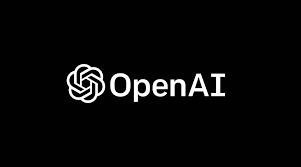